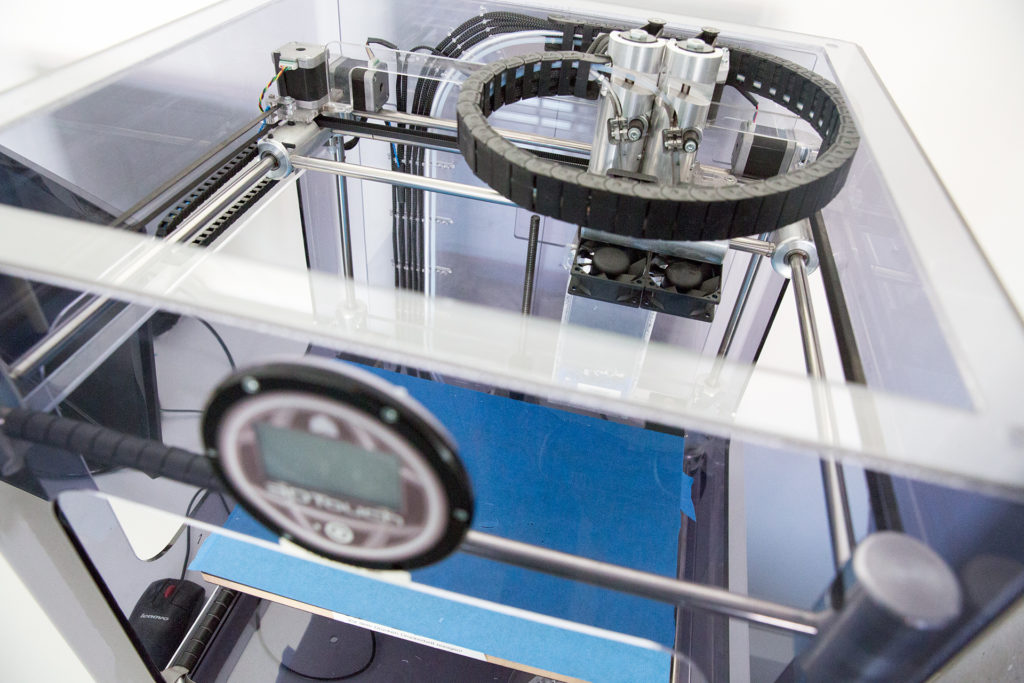 The design is made out of several individual parts. The original 3D files contained all in a single file, which would have required manual pre-processing, as plastic-based 3D printers would have difficulty with so much overhang. 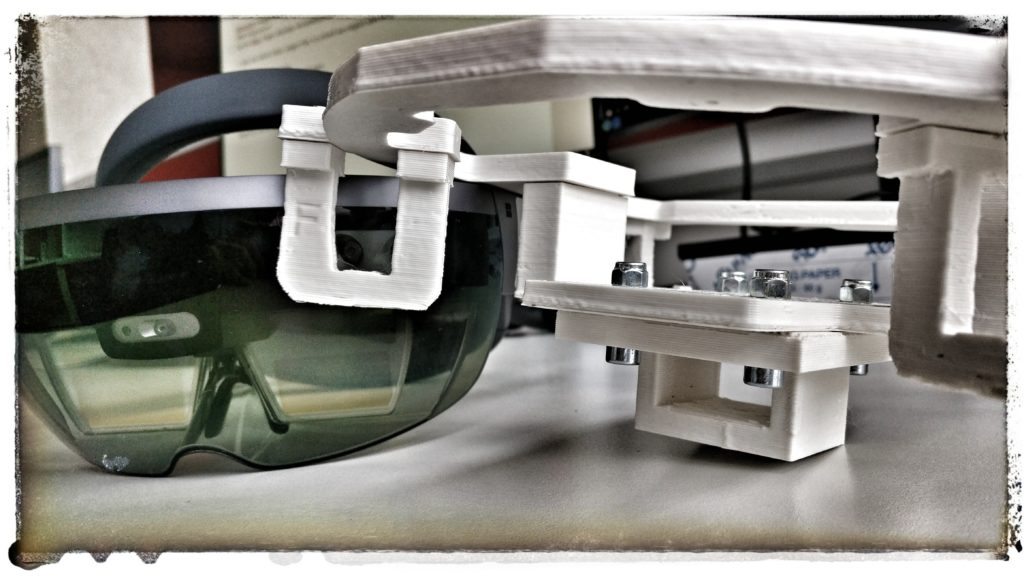 For fastening the HoloLens to the mount and that to a camera, several tools are required, which we had to get: 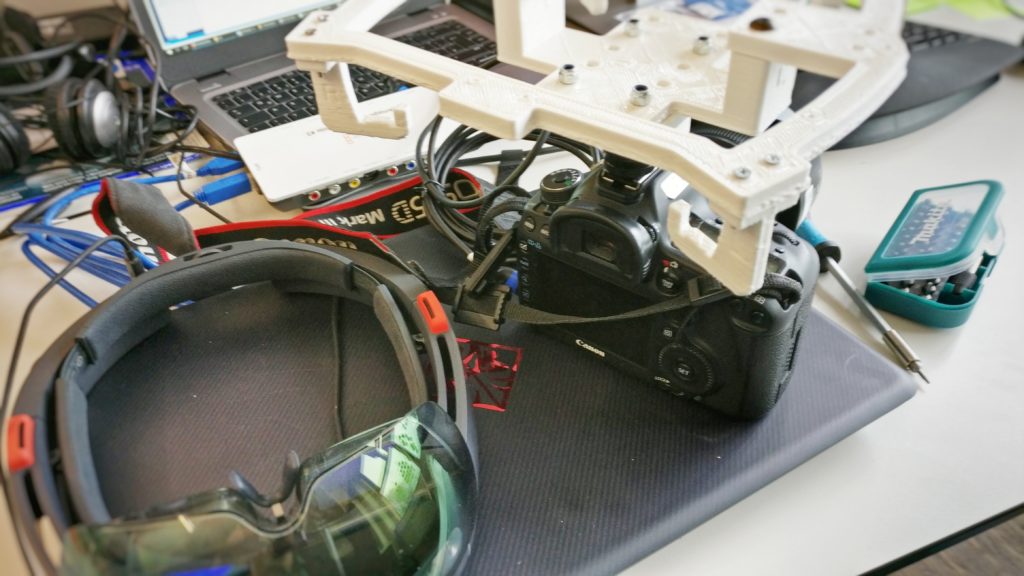 The first step to getting Spectator View to work is to calibrate the camera with the HoloLens, as they’ll have slightly different perspectives on the scene. For this, several SDKs are required: