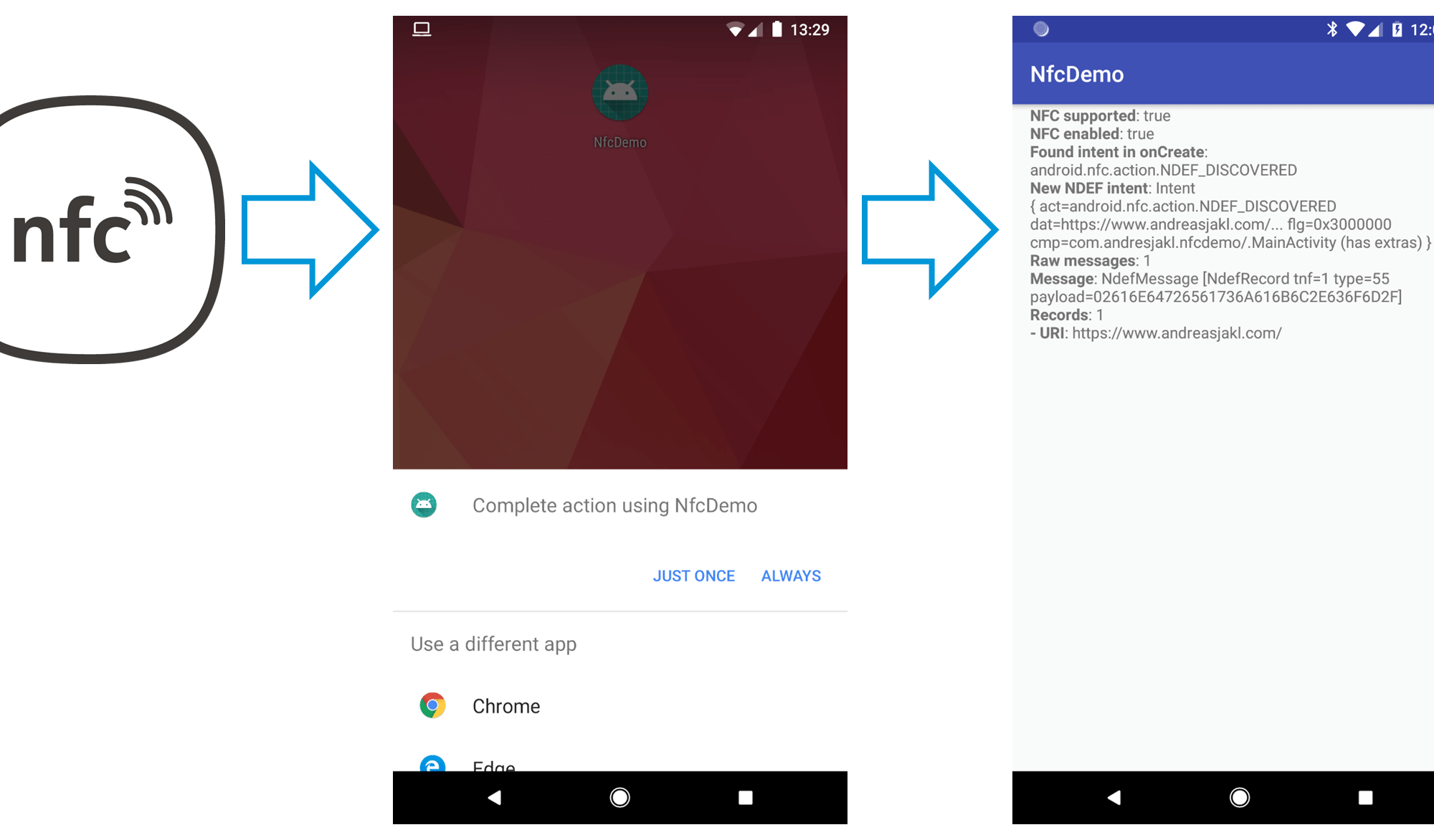 In this article, you will learn how to add NFC tag reading to an Android app. It registers for auto-starting when the user taps a specific NDEF NFC tag with the phone. In addition, the app reads the NDEF records from the tag.

Apple added support for reading NFC tags with iOS 11 in September 2017. All iPhones starting with the iPhone 7 offer an API to read NFC tags. While Android included NFC support for many years, this was the final missing piece to bring NFC tag scenarios to the masses. END_OF_DOCUMENT_TOKEN_TO_BE_REPLACED 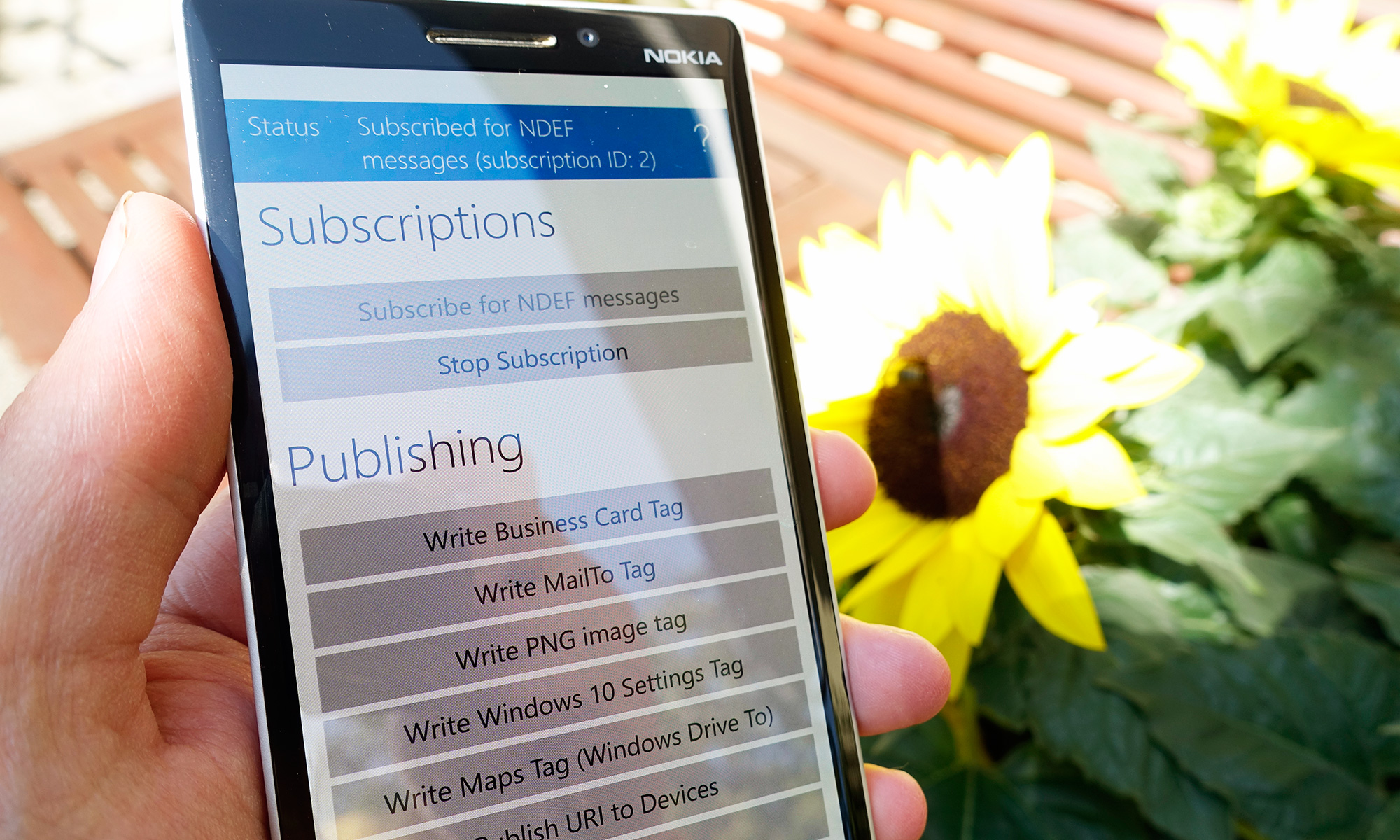 In addition to running on Windows, the library now fully supports all platforms that support .NET Core (like Linux and Mac), as well as Xamarin for Android and iOS. This makes it significantly easier to provide NFC functionality across different platforms – especially now that the iPhone also finally supports the open NDEF standard within NFC through the Apple Core NFC framework. END_OF_DOCUMENT_TOKEN_TO_BE_REPLACED 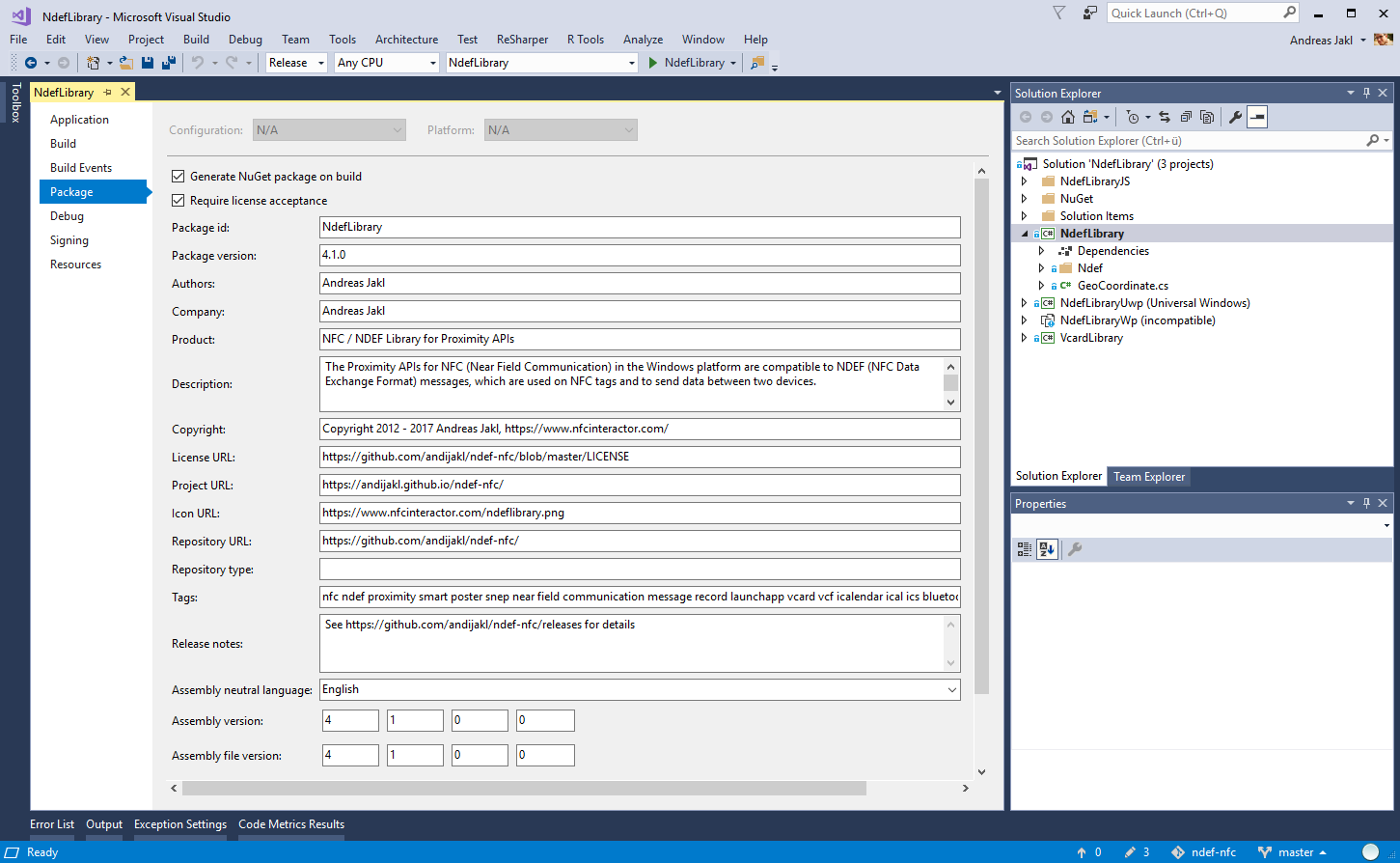 Upgrading the UWP project to the latest SDK Preview for the Windows 10 Fall Creators Update Build 16257 doesn’t change anything; both the SDK and the new Visual Studio 2017 version 15.3 can not yet use .NET Standard 2.0 in conjunction with UWP. According to Microsoft, that will be coming soon with the next UWP version. END_OF_DOCUMENT_TOKEN_TO_BE_REPLACED