With the latest Unity 2017.2.0b11 release, everything should now be coming together. In this blog post, I’m describing how to use the latest versions of the tools for creating and deploying a HoloLens app.

Even though the HoloToolkit GitHub repository has already been renamed to MixedRealityToolkit, the classes and namespaces are still called HoloToolkit. The current plan has the renaming of the namespace to MixedReality in November 2017, after the final Unity 2017.2.0 release. This modification will introduce some breaking changes.

Additionally, the Mixed Reality Toolkit GitHub repository is now split up into two branches. The master branch releases are aligned with major Unity releases (every 3 months).

As we plan to use the latest Unity 2017.2 beta that includes all the new VR features, we need to switch to the dev branch of the MixedRealityToolkit-Unity. This screenshot shows how to switch in the GitHub Desktop app: 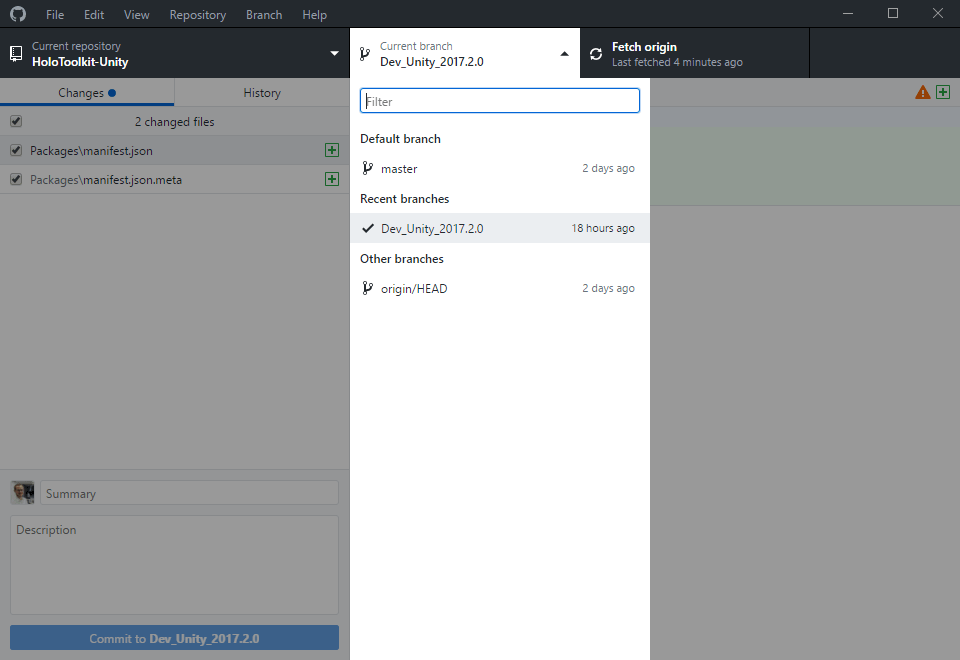 Obviously, the dev branch doesn’t contain any directly usable releases. Therefore, we need to export an own Unity package. As I’ve already described in a previous tutorial, open the checked out dev branch of the Mixed Reality Toolkit in Unity and export the whole “Assets” folder as a package. 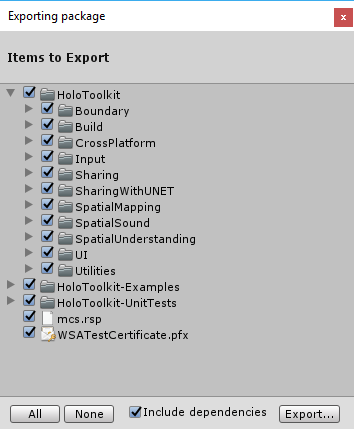 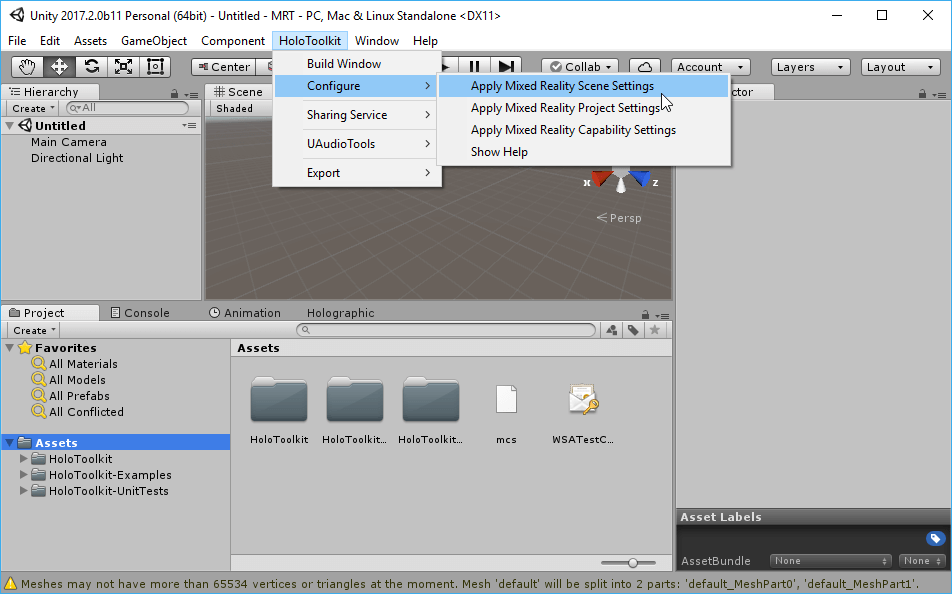 To get a more powerful camera experience that also works better when simulating in Unity, delete the default camera and drag the “HoloToolkit” > “Input” > “Prefabs” > “HoloLensCamera” into your scene instead. This gives you controls to move the camera and to simulate clicks even if you’re not deploying to the HoloLens.

Next, add an empty game object (right-click “MainScene” and choose “GameObject” > “Create Empty”). Call it “Managers” and add the following three prefabs / scripts to the GameObject: 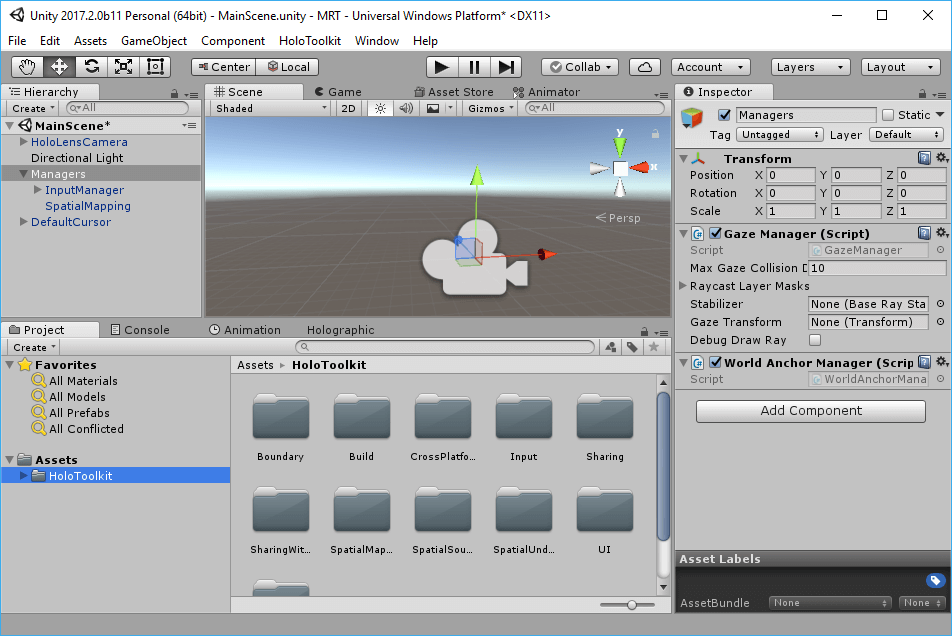 To test on the HoloLens, we import a 3D object and use the scripts from the Mixed Reality Toolkit to make it possible to place the hologram. Simply drag & drop the 3D object file from Explorer into the Assets folder in Unity.

Create new empty game object beneath your MainScene and call it World. Drag the 3D object into World and position it at 0/0/2 – this places the object two meters in front of the user, which is at position 0/0/0 when starting your app. Adapt the scale and rotation so that it makes sense in relation to the camera position. Check the camera preview window by clicking the camera to see if the object is indeed in front of your camera and visible.

To make it possible to place the hologram, we need to add a collider. With the 3D object selected, click “Add Component” and select “Box Collider”. Also adapt the size and position of the collider (shown in green) so that it is a little bigger than the 3D object.

Now, we just need to make the 3D object placeable as a hologram in the real world. Drag the “HoloToolkit” > “SpatialMapping” > “Scripts” > “TapToPlace.cs” script onto the 3D object. Give the “Saved Anchor Friendly Name” a useful name – that gets more important when you have multiple holograms to place. 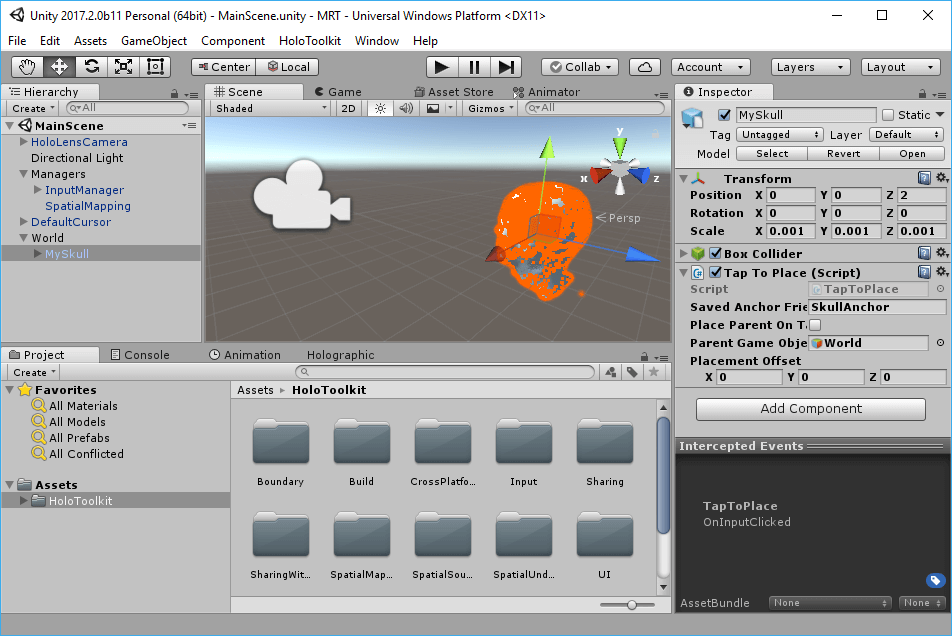 Unfortunately, just building from the HoloToolkit-Menu didn’t work for me with the current versions initially – some settings need to be modified first.

To compile for HoloLens, go to “Build Settings”. There, make sure your scene is included in the build, otherwise click on the “Add Open Scenes” button. For target device, you can choose “HoloLens”; the build type stays at “D3D”.

For the SDK, “Latest installed” is what you need; make sure you have the Fall Creators Update SDK installed (the latest version on my machine is 10.0.16299). If you use an older SDK (note that the HoloLens is actually still on 10.0.14393), you will get the following error, as the old SDK is missing some extensions required for the new Mixed Reality headsets: 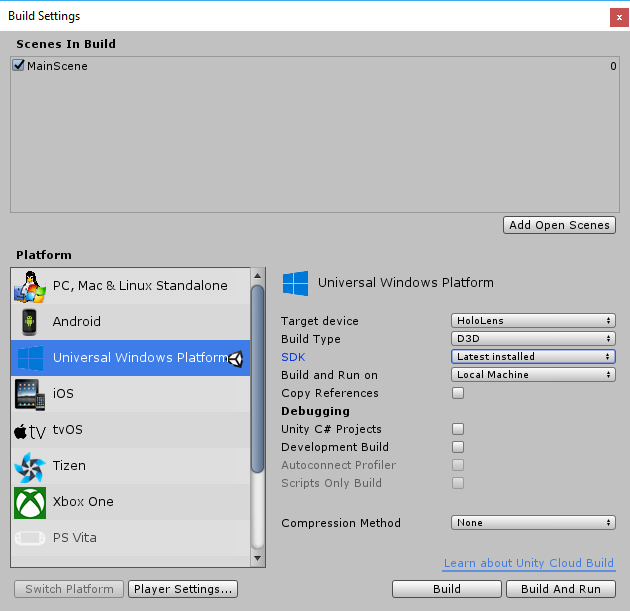 Next, go to the “Player Settings…”, and scroll down to “Other Settings”. Switch the “Scripting backend” from “IL2CPP” to “.NET”. For HoloLens, IL2CPP doesn’t seem to produce executable results at the moment. 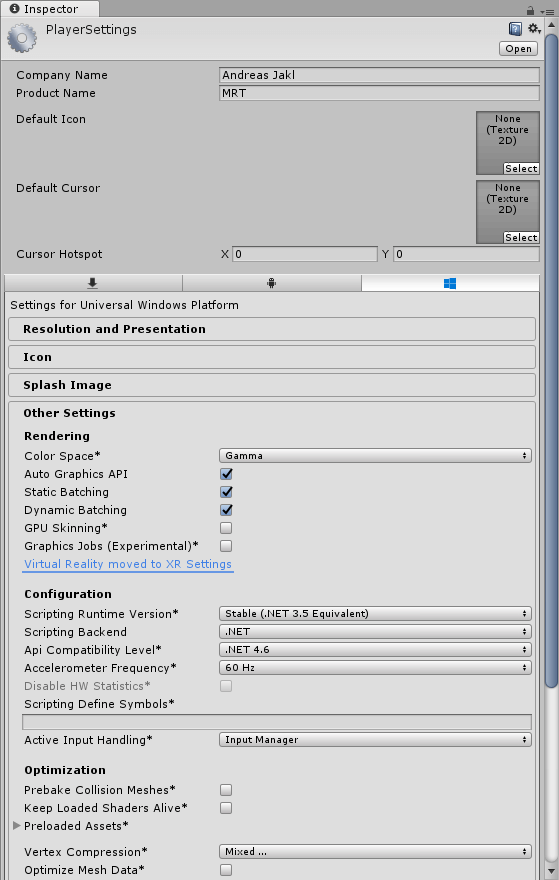 Run the app on HoloLens

If you build now and then open the solution with Visual Studio 2017, it should work to compile for “Release / x86 / Device” to test the app on your HoloLens. Air-tap on the 3D object to anchor the hologram in the real world.

Here, you can see the results of an MRI head scan placed in my office: 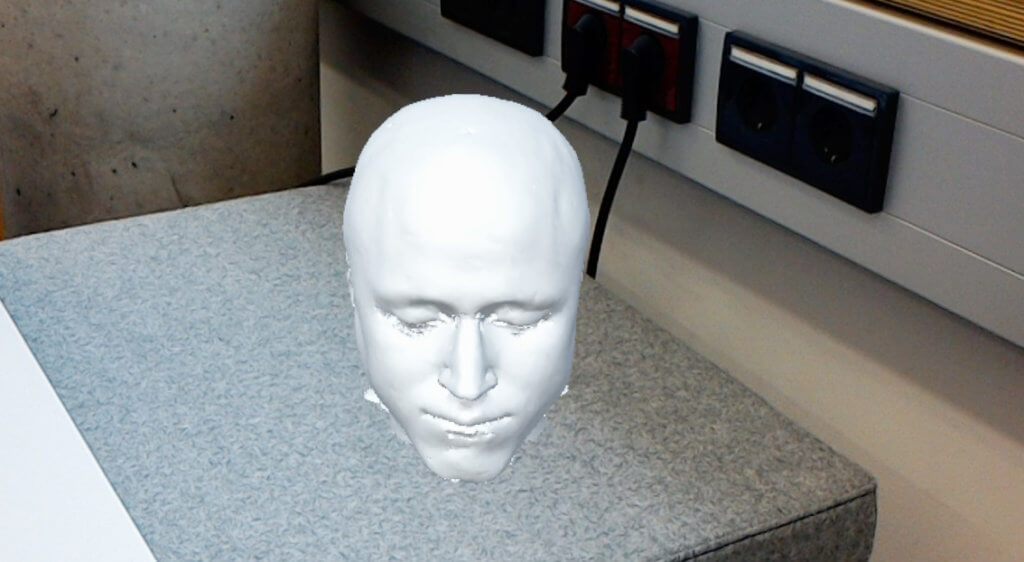 Especially cool in this scenario is that with the default near clipping plane for the HoloLens camera set to 0.85 meters, it’s easy to get closer to the skull and look inside it, slicing it to explore the inner structure: 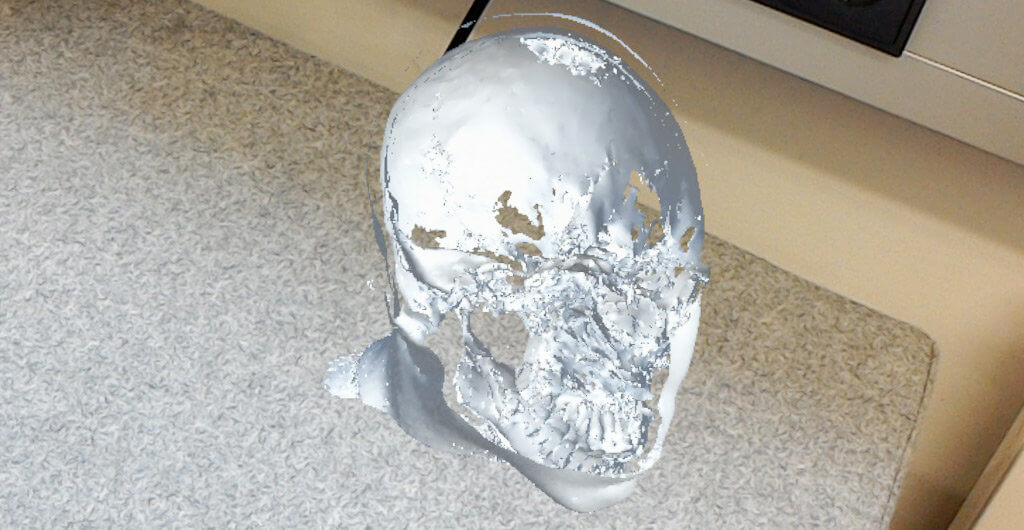